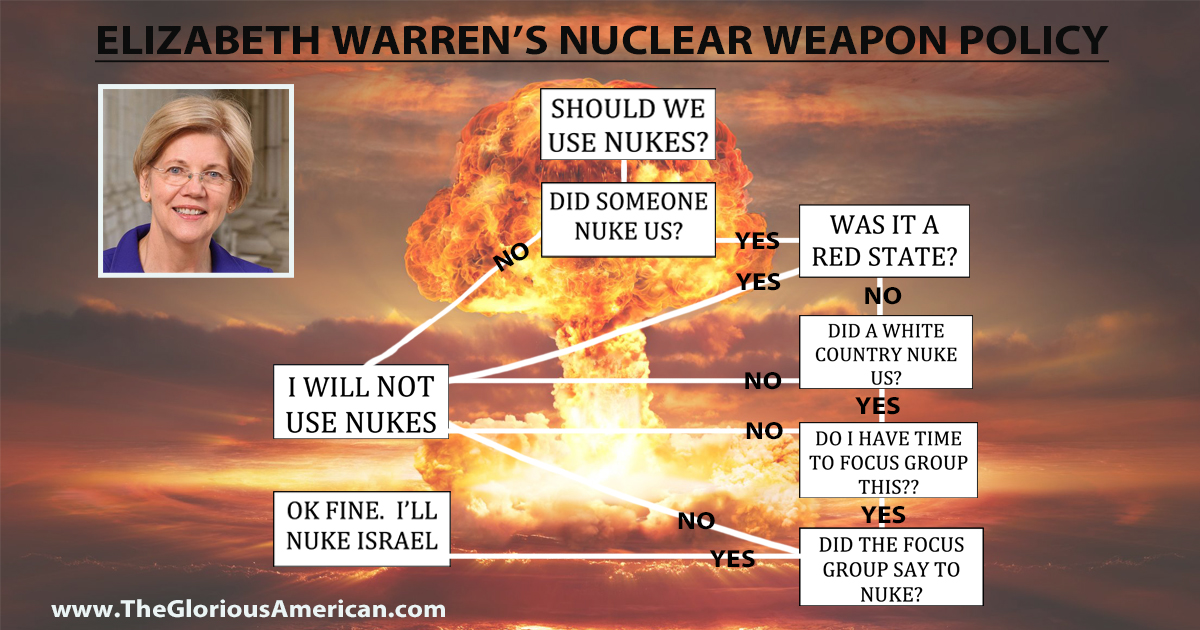 During Tuesday’s debate, Elizabeth Warren received some criticism for appearing too reluctant on using nuclear weapons. To clear up any confusion her campaign decided to clarify her stance by releasing a handy flowchart for all voters to see.

“A responsible person should be transparent when detonating nuclear weapons,” Warren told The Glorious American. “At least that’s what my papaw always told me.”

The flowchart speaks for itself.